Canada’s money supply growth is pointing to a slower economy

When we talk about market trends in real estate it is important to look at the bigger picture, the economy. What is the slow and growth of money looking like for residents of Vancouver and Canada. The amount of money people have, and can borrow, greatly influence what real estate and how much of it can be bought. So let’s take a moment today to look at what the economic growth, or lack there of, is doing in Canada. Understanding the economics of a city and of a country make it much easier to understand and determine when market will move and in what direction. This way, as realtors and as buyers and seller we can bet more prepared when these changes happen, and perhaps even see them coming so we know the wisest personal and business choices to make. 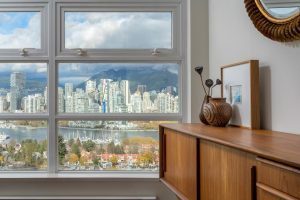 “Canadians have been borrowing and spending a lot, more than they can afford over the past several decades. This amount of debt has risen to a point that is forcing consumers to slow down.  Bank of Canada (BoC) numbers show the M1+, a measure of the country’s “cash,” is seeing growth slow in February. All signs point to this number heading even lower, and taking economic growth with it as well. ”

This means less cash flow in the economy, and more time spent my house hold and individuals trying to pay off their debt, and borrowing less.

Simply put, the M1+ is a narrow measure of Canada’s money supply.

This number includes currency outside of banks, chequable deposits at chartered banks, trust and mortgage loan companies, and credit unions. In short, it’s anything a person or business can spend in Canadian dollars, with zero to no notice. In the BoC’s own words, the M1+ provides “important information about the economy.”

The more money circulating, the more goods and services are being bought and used, the better the economy is functioning. You can sort of look at this like a river. If you are going to take an inflatable boat down a river and that river is very dry, you’re not going to move that quickly. This would be a great example of what looks to be the direction we are headed in. Less cash flow circulating, less water, less momentum there is to push the boat forward, the economy.

This is very important because the Bank of Canada manages the growth rate of money indirectly, mostly through interest rate changes. “When rates rise, people borrow less and pay more to service debt. The result is less “cash,” which shows up on the growth rate of the M1+. When rates drop, people borrow more and pay less to service debt. More cash for servicing means less cash to spend, and vice versa. The impact is first felt in purchases that usually need financing – like a home or car.” Better Dwelling

Why Look At The Narrow Supply, Instead Of Broad?

“The M1+ is one of the more narrow measures of the money supply, as opposed to the M2+ that’s more popular. The M2+ includes more streams of money creation, but doesn’t give us the same insights. M1+ provides insights on future levels of productivity. This helps us understand the direction of things like gross domestic product (GDP). The M2+ includes non-productive credit growth as well, so it’s a better indicator of inflation. High levels of economic productivity are not the same as credit growth.”

Slowest February For M1+ Growth Since 1995

“The annual pace of growth for the M1+  is slowing. The 12 month pace of growth fell to 3.7% in February, down 11.9% from the month before. This represents a decline of 45% when compared to the same month last year. Yes, it’s really slow growth being printed. In fact, this is the slowest February since 1995.”

What this means looking forward

“Canada’s M1+ is back to shrinking annual growth, with negative growth being observed over the past few months. Annual growth falling to nil without a rate cut is highly unlikely, but that would not be as positive as it sounds. When debt levels are this high, the ability for a rate cut to provide more stimulus is questionable. Odds are the stimulus would be consumed by deleveraging borrowers, not towards productive expansion. Possibly at the expense of a weaker loonie.” 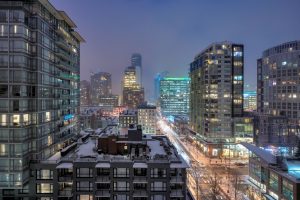